In the chart above a parabolic curve is used to visualize how Silver's price rise could accelerate as the current secular bull market unfolds.

Based on this chart our Silver price prediction 2025 is $120 per ounce.

A little background on the chart

This chart was originally prepared in June 2019 and then updated in mid-February 2022.

The 'Big Scary Plunge' in March 2020 distorted all of the Financial markets including Silver. The recovery out of this price low was impulsive, demonstrating Silver's tendency to make dramatic price moves.

Silver has been grinding sideways since mid-2020 but the price range has been about $5 higher than it was during most of 2019 and 2020. In other words, Silver took a $5 stairstep higher and held at that level.

We expect Silver to make an impulsive move higher in 2022 which will take price back above the pink curve. Based on the price action in Silver and Gold on February 10th and 11th, that impulsive movement may be underway now.

Continue reading the article below...

There are several ways of predicting Silver prices:

Let's start by making some major assumptions that could be entirely wrong (how's that for a caveat?)

appropriate for our theory

And let's agree that having any theory is better than no theory - if we are wrong, we can step-back and adjust - if we are right, we make money

Without having some framework to use when we approach the Financial markets, we are really just hoping for the best with no actual strategy to apply

Specifically, that Gold was in a secular (as opposed to cyclical) Bull Market and that ALL Bull Markets have three distinct phases

Additionally, that prices in the third phase of a Bull Market tend to reach levels that surprise even the staunchest of Bulls

And finally, that the third phase of the bull Market had yet to occur

Richard stated that final point over-and-over - it was very clear to him that the most exciting phase of the Bull's run had yet to occur, and he wanted his subscribers to benefit

Rest in peace, Richard - and thank you!

OK, so now we have a context to operate from: Silver is in a secular bull market and its third, and potentially most profitable phase has yet to occur

Using the parabolic curve in the chart, we get these targets for the price of Silver:

You must be crazy!

Now a $480 or $1350 long-term price forecast for an ounce of Silver seems ridiculous - trust me, I recognize that fact

Remember, however, Richard Russell's guidance: in the third phase of a bull market, prices tend to reach levels that surprise even the staunchest of Bulls

For me to be surprised, as Richard suggests, the price of Silver will have to go a lot higher than $600

Let's think about how Richard used the term, since his definition is most relevant for our current exercise in making price forecasts for Silver in the year 2030

When he says that the Bull always runs in three distinct phases, I'm going to believe him - he certainly knows better than I, based on his experience

Let's list some facts as bullet-points and then we can tie them together:

Clearly, in his mind, the duration of a "secular trend" was measured in decades

At this point, we can add to our operating theory that the third-phase of the Precious metals bull Market will last at least ten years since phase-one (2001-2011) lasted ten years and Richard was expecting a multi-phase movement

The Gold Silver ratio chart shows us when Silver is cheap relative to Gold and vice-versa.

The Gold Silver ratio (GSR) helps us make Silver price predictions because we can start with the price of Gold and then adjust the GSR to a target level that we determine based on historic precedent or other factors.

Historically the GSR has been in the 12 to 15 range in the civilizations that used both Silver and Gold as money. [interesting aside: every human civilization throughout recorded history has used Silver as money at some point]

Geologists tell us that there is 17 to 19 times more Silver in the Ground than Gold.

Because of the logistics and economics of Precious metals mining only 8 or 9 ounces of Silver are mined for every ounce of Gold mined.

Let's throw these numbers into a table for comparison.

Using these values we could make a case for a Gold Silver ratio anywhere between 8 and 19.

The strongest precedent we have for picking a particular GSR value is the example set at the end of the secular Precious metals bull market that ended in January 1980.

I am assuming that the Gold Silver ratio will reach the 15 level again before the current bull market has run its course.

In my analysis of potential Silver prices I will use a GSR of 15 as my expected target while acknowledging that a ratio as low as 8 is within the realm of possibility.

While this method of Silver price prediction doesn’t give us any specific target dates, it does provide support for the idea that the price of Silver will be measured in the hundreds of dollars per ounce within the next 10 years (length of a secular bull market as discussed above).

The Fibonacci extension tool can be useful for making a Silver price forecast. In this Silver price chart the Technical analysis tool suggests targets at $39.88 and $51.15.

Descriptions of how to use Fibonacci extension are easy to find online but these simple ‘how to’ guides tend to leave out this key piece of information: when is it appropriate to apply this predictive tool?

Because this article is about the future price of Silver and not Technical analysis, we will cut to the chase.

Here’s the secret to using Fibonacci extension with a high degree of accuracy: only apply the tool to impulsive price movements.

In our Silver price chart we have highlighted a five-month period of impulsive price movement. We can classify this move as impulsive based on these factors:

1.Five-month rally with no pullbacks
2.Several wide-ranging price bars
3.A Doji candlestick
4.A price bar where price closes at high of bar

All of these price behaviors are indicative of elevated energy and, collectively, they support the idea that the five-month price movement was impulsive.

Because we are applying the Fibonacci extension tool to an impulsive price movement, we can predict with a high degree of probability that the 1-to-1 Silver price target at $39.88 will be reached, it is only a matter of time.

Given Silver’s tendency to make dramatic moves (like the five-month rally) it would not be surprising to see the 1-to-1 Fibonacci target surpassed as excited investors surge into Silver chasing momentum and fearing that they have missed out.

Let’s assume our prediction is valid and arbitrarily pick these target price levels and dates based on the Fibonacci extension analysis: 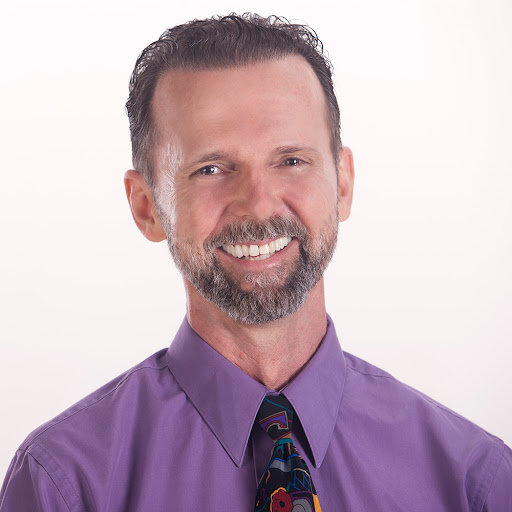 To keep the curve from going parabolic (straight up) before 2030, I pushed $50 and $70 further into the future than I actually expect those Silver price targets to be reached

FTC Disclosure: Satori Traders is a fee-only California-registered Investment Advisor. We provide Precious metals information as a free service for consumers. The contents of this website do not constitute financial advice. Satori Traders provides financial advice exclusively to clients with assets under management as detailed in our Investment Management Agreement. Always perform your own analysis and due diligence when putting your hard-earned money at risk. Before making any Investment decision consult your own Investment, Financial, Tax, and Legal advisors. These professionals will make recommendations appropriate for your personal circumstances and tolerance for risk. We receive compensation from ads and banners you see on the site. We also receive compensation from external companies when you do business with them.