How much Gold vs Silver to own

Why Gold is a bad Investment

Is Silver a good Investment in 2022

Will Silver be worth more than Gold

What is the best metal to invest in right now

Is Gold a good Investment

Is it Better to Invest in Gold or Silver?

Precious metals like Gold and Silver have enjoyed a recent resurgence thanks to rampant Inflation and recession fears. As currency and investable commodities, both have been used to store value and hedge against Inflation for centuries.

However, knowing when to invest in either can be tricky, and some investors may find one more suitable than the other. 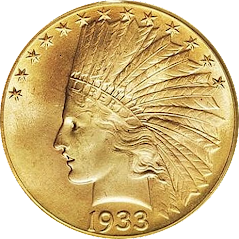 So, is it better to invest in Gold or Silver?

The answer may surprise you.

Gold vs Silver: The Basics

But as we’ve moved into the modern age, their uses have expanded. While Silver is more common and offers greater utility, the rarer Gold provides more stability.

When it comes to investing in Gold and Silver, understanding their uses, differences, and similarities is crucial to making informed decisions. 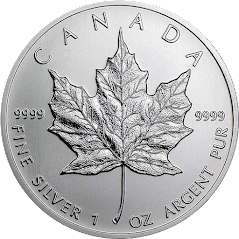 The Gold-Silver Ratio and Growth Potential

Many investors rely on metrics like the price-to-earnings ratio to determine a Stock’s fundamentals. But as commodities, Silver and Gold don’t represent an underlying moneymaker; they are the moneymaker.

Instead, Precious metal investors rely on the Gold-Silver ratio, which directly compares the value of the two metals. (For example, a 20:1 ratio indicates that Gold is 20x more valuable than Silver.) Investors use this ratio to measure current prices against historical valuations. 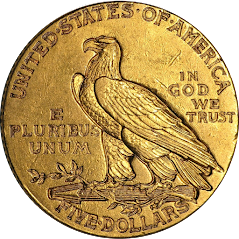 To some investors, the sudden variation suggests that Silver is dramatically undervalued compared to Gold. That leaves Silver with plenty of room to climb (or, perhaps, Gold with space to fall). If you’re looking for asset growth, Silver may be the better bet.

Industry and the Global Economy

Much of the value (and volatility) of Silver and Gold is connected to their industrial and commercial uses. (Or in Gold’s case, the relative lack thereof.)

Around 50-60% of all Silver is used in commercial applications like electronic systems, solar panel cells, batteries, and even dentistry. It’s electrical and thermal conductivity, as well as its reflective properties, make it a hot commodity in these areas. 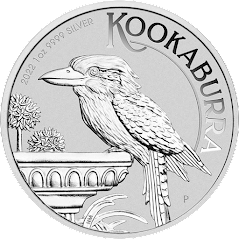 By contrast, only 10-15% of all Gold goes to industrial uses. The rest goes into jewelry or is held as Bullion.

Another difference is that while industrial Silver is often thrown away or destroyed after the object wears out, more valuable Gold often isn’t. That means that Silver’s supply must steadily meet demand, while Gold is often recycled.

As a result, Silver demand and prices are far more susceptible to economic booms and busts, similar to grain or beef. Investors can use this information to make predictions about Silver’s price movements in a way that’s less true of Gold.

Throughout history, Gold has remained far more expensive than Silver due to its lower utility and greater rarity. For example, some 27,000 tons of Silver were mined worldwide in 2019 – compared to just 3,300 tons of Gold. During the pandemic, Gold soared to over $2,000 for the first time, while Silver rallied to just $28 in August 2021.

For investors, the combination of price and liquidity means that investing in Silver is far easier than investing in Gold. However, it also means it’s easy to over-leverage your account in Precious metals, which can impede your long-term goals. 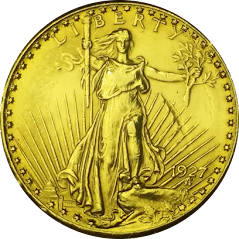 Silver is far easier to come by than Gold – yet, due to the massive price differences, the Gold market actually retains greater liquidity and value. Gold prices tend to move slower and stay buoyant in more economic conditions, increasing its safety profile. 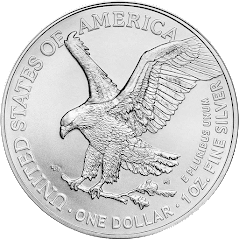 Investors can rely on both metals as a source of Portfolio diversification and increased hedging potential. However, if you’re looking for an Investment that’s less correlated with the markets, Gold is often the better bet.

Gold is considered a countercyclical Investment – that is, it tends to rise when Stocks sink, and vice versa. The yellow metal’s status as a value store increases this potential. However, when the tides turn, investors may leave Gold for higher-growth assets like Stocks, stunting its growth. 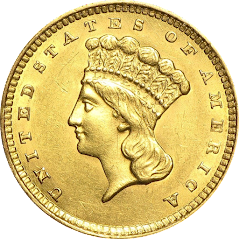 By contrast, Silver’s utility means it’s far more susceptible to economic fluctuations, though it, too, may move opposite Stocks and Bonds due to its hedging properties.

Long-term, Gold and Silver haven’t seen the same price appreciation as Stocks, Bonds, or Real Estate. Though they can store value, they’re not particularly adept at massively increasing it. 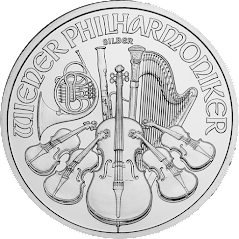 Both metals can make solid Investments during recessions and Inflation due to investor demand. When the dollar weakens, investors may flock to Precious metals to protect their Portfolio.

In Silver’s case, its role as a safe haven often inflates its price more heavily than its industrial uses during a downturn. When it comes to Gold, the metal’s relatively low industrial utility and role as a store of value keeps its price fairly buoyant, particularly during recessions. 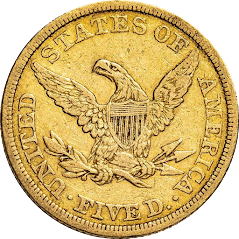 That said, it’s worth noting that the S&P 500’s returns have historically outpaced Precious metal returns long-term. As such, investors would be wise to limit their exposure to less than 10% of their Portfolio and potentially prepare to buy and sell with market cycles.

How to Invest in Gold and Silver

Gold and Silver can be purchased in physical form like Bullion (bars), Coins, or jewelry, unlike Stocks and Bonds. While some investors enjoy the tangibility and physical ownership, this method of investing presents challenges like: 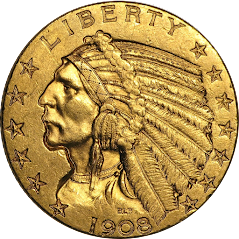 Gold IRAs allow you to invest in physical Gold and Silver using your tax-advantaged retirement savings. You get all of the tax benefits of a regular IRA account while owning physical Precious metals. When it is time to take distributions you can elect to receive the metal or cash.

If you are interested in a Gold IRA, we recommend the Augusta Gold and Silver IRA for two reasons. One, the company is focused on educating their clients; and two, Augusta has zero customer complaints filed with the Better Business Bureau (BBB).

Get your FREE Gold IRA Guide

Augusta Precious Metals offers more educational resources on their website than any other Gold IRA company. Current topics affecting your retirement savings are covered in the regularly updated video library and you will also find a series of videos on basic economics. Augusta's blog regularly publishes articles addressing current economic matters. The Inflation and Retirement calculator shows you how Inflation will affect your retirement lifestyle. Investors with $100,000 or more to invest can schedule a 15-minute 1-on-1 teleconference with Devlyn Steele, Augusta's director of education. Augusta Precious Metals is clearly committed to helping you understand Precious metals and how you can benefit from a Gold IRA Investment.

Futures contracts allow investors to bet on the future price of Gold and Silver using short- or long-term physical contracts. However, this method of investing is complex, risky, and often ill-advised for the majority of investors.

ETFs and Trusts allow investors to gain exposure to Precious metals without having to purchase, store, and safeguard it themselves. You can buy ETF and Trust shares in a traditional brokerage account.

While ETFs and Trusts remove the tangibility of physical metals, you may see greater price appreciation, fewer costs, or even enjoy tax-deferred contributions toward your retirement. That said, it’s important to select your Investments wisely, as some Precious metal funds may be taxed as collectibles instead of Investments.

Investing in mining stocks allows you to capitalize on the profits found in Gold and Silver as well as the appreciation that comes with equities. Plus, you don’t have to worry about investing in the metals themselves. You can also choose from Gold miners, Silver miners, both, or more broad-range miners to round out your diversification.

However, mining stocks can be a mixed bag. They often carry higher volatility risk compared to Bullion or diversified ETFs. You may also run into moral or legal concerns, as some mining companies are linked to activities like child labor exploitation.

Is it Better to Invest in Gold or Silver?

Investing in Gold vs. Silver is often a personal decision informed by your finances, goals, and Portfolio makeup. Investors should consider the benefits and drawbacks of adding Precious metals to the mix and for what purpose, such as hedging, speculation, or storing value. 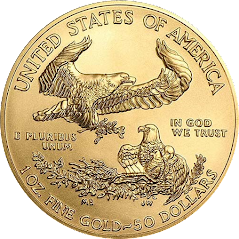 When to Invest in Silver

You may prefer to invest in Silver if you:

When to Invest in Gold

By contrast, you may want to invest in Gold if you:

When to Invest in Both

Many investors don’t pick and choose, instead investing in Gold and Silver together. You may choose this route if you:

Is It Better to Invest in Gold or Silver in Your Portfolio?

Gold and Silver are both popular commodities that present unique – and relatively safe – alternatives for value- or recession-oriented investors. Both assets offer “safe haven” protection in some climates. While Gold tends to see greater long-term appreciation, Silver is often favored in shorter-term cycles.

As such, there’s not an objectively “better” Investment between Gold vs. Silver. It all depends on your preferences, long-term goals, and the makeup of your existing Portfolio. 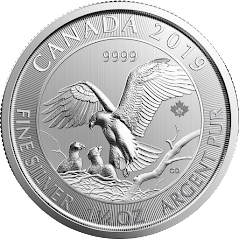 And regardless of which you buy, remember that neither asset offers interest on their own – so don’t forget to diversify with a few Stocks and Bonds, too.

Satori Traders LLC is a California-registered Investment Advisor specializing in the Precious metals.

Bryan V Post is a California-registered Investment Advisor Representative and the founder of Satori Traders. 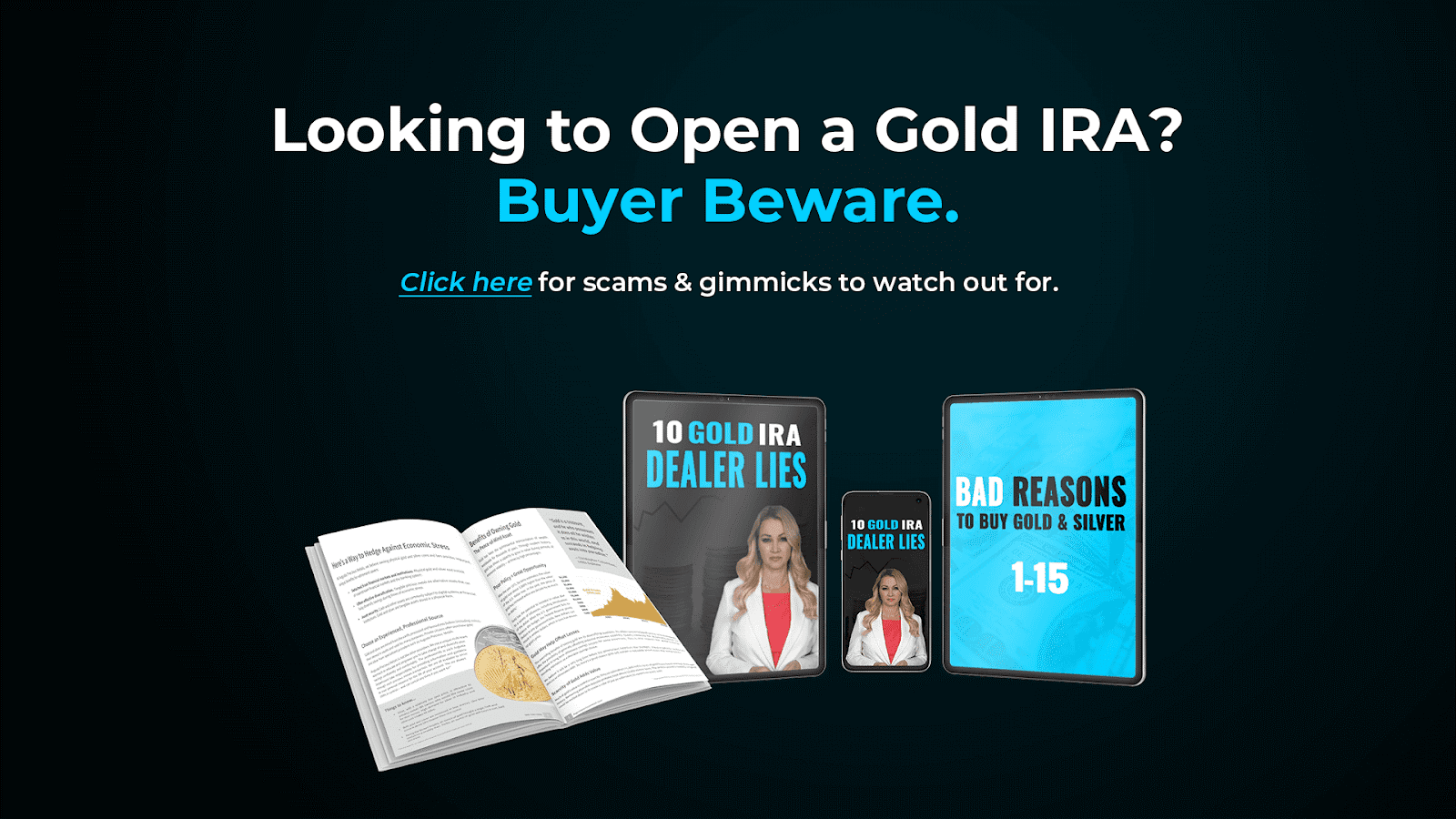